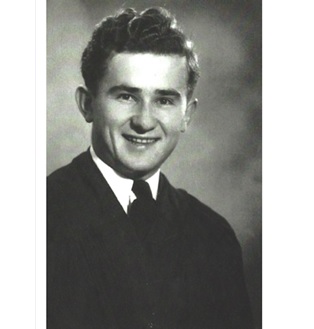 Michael A. Kostek School, which opened in September 1994, is named after Michael Alexander Kostek (1926 - 2015), a longtime Albertan, born to Ukrainian parents who immigrated to Canada shortly after his birth.

In 1953, Mr. Kostek joined the staff of Edmonton Public Schools as a junior high school teacher. When he retired 30 years later, Mr. Kostek was Executive Assistant to the Superintendent. In addition to his years of service with Edmonton Public, he had teaching experiences in Quebec, Malawi, and the Netherlands. After retirement, Mr. Kostek put his experience to good use as the school Archivist-Historian at McKay Avenue School. One of his proudest achievements was rescuing Edmonton's first schoolhouse and seeing it restored to its present day purpose as a museum.

His experience teaching on three continents enriched Mr. Kostek's outlook on education. Mr. Kostek’s many contributions to public education were recognized in 1984 when he received an Alberta Achievement Award for Excellence in Education. In recognition of his many contributions as a volunteer with many historic associations, Mr. Kostek was inducted into the city’s “Historic Hall” in 1982 and, in 1989 he received the City of Edmonton Certificate of Appreciation and Recognition as an Outstanding Citizen in Alberta. In 2002, he was awarded the Award of Merit from the Edmonton Historical Society and, in 2003, was the recipient of the Queen’s Jubilee Medal.